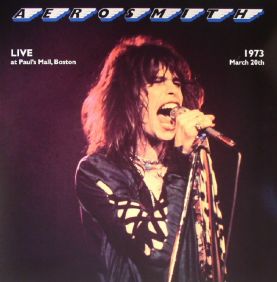 I love this record. It’s perhaps my favourite bootleg; I’ve owned a CD copy of it for years before finally finding it on vinyl a few weeks ago. Dating back to April 1973 (the sleeve incorrectly dates it to March), when the band were touring in support of their first album, it’s the holy grail of live performances for Aerosmith fans.

Excerpts from the show first appeared officially on 1978’s Live! Bootleg, Columbia Records’ attempt at putting a live album in the marketplace to battle against all of the unofficial bootleg performances – including this one – that were switching hands by the late ‘70s.

Most of Live! Bootleg is stadium rock, together with a couple of club performances, but the real highlight is the two tracks from the Paul’s Mall performance – Jimmy Reed’s I Ain’t Got You and James Brown’s Mother Popcorn.

It might seem odd that they’d play these two songs while touring their first album – and perhaps odder still that they’d include the two tracks on an official live album – but there’s method in the madness.

I Ain’t Got You was written Calvin Carter, a songwriter at Vee Jay Records, one of the labels that initially signed the Beatles before Capitol stepped up to the plate. The song was released as a single by both Jimmy Reed and Billy Boy Arnold in 1955, but it was the Yardbird’s 1964 cover of the song (as a b-side to their Good Morning Little Schoolgirl single) that interested Aerosmith.

The Yardbirds were one of the band’s shared influences when they formed in 1970, and it’s nice to see that they were still paying songs from their heroes three years later (they would even record a cover of Think About It on 1979’s Night In The Ruts).

The James Brown cover also betrays the band’s early influences. Prior to joining the band as their stalwart drummer, Joey Kramer was the drummer of a Meters-style funk band. The only white guy in a band full of black funk musicians, his really must have been worth his shit. Aerosmith would of course dabble in funk throughout the ‘70s, on tracks like Walk This Way and Last Child, and their cover of James Brown’s 1969 funk workout should be viewed as an early forerunner of these songs.

The only problem with this bootleg is that it splits the two songs – one appears at the end of side one, the other at the beginning of side two – and presents them in the opposite order in which they were recorded (and presented on Live! Bootleg), presumably for space reasons. As a result, the Kramer kick-drum / Steven Tyler scat segue between the two songs is ruined. Bloody bootleggers, eh?

The rest of the performance is just as strong, with the band cruising through the majority of their first album, and even providing a blast through Tiny Bradshaw / Johnny Burnette’s Train Kept A-Rollin’, which they would record for 1974’s Get Your Wings – again another song that was popularised by the Yardbirds in the 1960s. 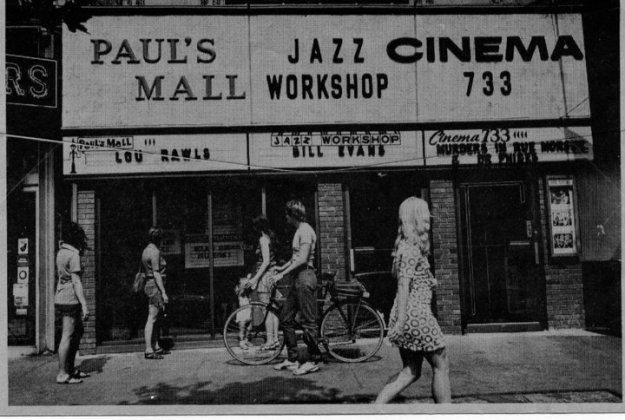 – 3 essential albums, an overlooked gem, a wildcard, one to avoid, and the best of the rest –

Led Zeppelin rose from the ashes of the Yardbirds in London’s ultra-hip late ‘60s Flash scene. In 1968, ex-session guitarist Jimmy Page recruited fellow colleague John Paul Jones on bass, and looked north to the Midlands for gigging vocalist Robert Plant and drummer John Bonham. Success came thick and fast, especially after they cracked the USA with the release of their second album. The flame burnt fast though. In 1980, the band screeched to a halt when Bonham was found dead, the victim of one (or twenty) too many double vodkas the day before.

I once had a letter – a letter! – printed in the NME. It was in response to an article where they claimed that Radiohead were ‘setting a new global blueprint’ by not releasing any singles or doing any press to promote Kid A in 2000. “Ever heard of Led Zeppelin?” I asked in my letter.

No singles? No press? And for the duration of Zeppelin’s twelve year career? It just goes to show that you can sell a heap of records entirely on word of mouth and an exhaustive touring schedule. It helps that the albums are nearly all close to fantastic too.

This was a very hard buyer’s guide to put together. How do you choose between so any great records, when tasked with only choosing three essential albums? Which ones do you leave behind? They’re all essential (and there are at least fifty good reasons to listen to the band)! Remember, it’s a buyer’s guide, so the following choices are aimed at those who are not well versed in the band’s back catalogue (if any such people exist at all).

If the band’s self-assured debut set the scene, their second effort nine months later is the sound of them hitting their stride. Mainstream rock radio has taken some of the charm out of this record – redefining it almost as a greatest hits record – but there are still some surprises to be found. The interplay between the musicians on The Lemon Song is a prime example of how confident they had become in such a short space of time – just one highlight on an album full of highlights. Recorded at a number of different studios across England and America, while the band was touring, it’s an album of contradictions. It sounds heavy and light all at the same time; tight but loose; joyous and melancholic. Like the glare of a full moon in the roasting midday sun.

IV is undoubtedly their masterpiece and the band were so sure about it, they released it without an official title and without the words ‘Led Zeppelin’ appearing anywhere on the cover or the record itself. The glaring hit on the album is Stairway To Heaven, despite never being released as a single, but the first side starts with two of the band’s biggest songs – Black Dog, a time-shifting stop-start rock masterpiece; and Rock And Roll, the band’s ode to late ‘50s music with the little help of a Little Richard drum pattern (by this time the band were well known for their musical kleptomania). The real gem of what used to be my choice hangover record throughout my teens however is the final track, When The Levee Breaks – the band’s last full-on blues cover (of a Kansas Joe McCoy and Memphis Minnie blues song about the Great Mississippi Flood of 1927) and featuring quite possibly the finest drum intro ever committed to vinyl.

Imagine Metallica following their self-titled Black Album with a jazz record, or the Sex Pistols recording a country and western album after their sneering 1977 debut. That’s about the level of genre-flipping between Led Zeppelin II and Led Zeppelin III. To write songs that would form the basis of the album, Plant and Page retreated to a cottage in the Welsh countryside without electricity or running water. You can almost smell the rustic setting as the band replaces heavy blues for eastern-tinged bluesy folk, on what is undoubtedly the album where Zeppelin proved they were more than just long-haired headbangers. 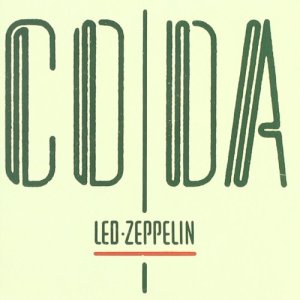 It is what it is – a bunch of left-over songs from various stages in their career, released as a bookend to the band’s 12-year reign – and for that reason it usually gets the cold shoulder. But some of these tracks were simply left off albums due to the space limitations of a single-disc LP. So to fulfil some contractual obligations to Atlantic Records, we get a Led Zeppelin III outtake, a Houses Of The Holy outtake, three In Through The Out Door outtakes, a couple of live songs and a drum workout – Bonzo’s Montreaux – which for me is the thundering highlight of the album. 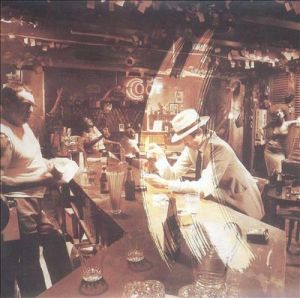 A lot of people don’t like the band’s final studio record because Jimmy Page’s guitars take somewhat of a back seat compared to prior albums. In his place, the keyboards of John Paul Jones play a more prominent role on what is arguably the most challenging record to unlock. Like most, I wrote In Through The Out Door off when I first heard it, but it’s grown on me over the years and while some of the keyboards sound a little too carnival-y, the pros definitely outweigh the cons.

Avoid like the plague: The Song Remains The Same (1979, Swan Song)

There really aren’t any Zeppelin albums to put into this category but at a push I’d have to offer this, their first officially released live album – a soundtrack to the convert film of the same name. What’s not to like? Well, it was pompous, overblown music like this that resulted in the British punk explosion from the summer of 1977 onwards. Who wants to listen to a sleep-inducing  twenty seven minute rendition of Dazed And Confused? Not me, that’s for sure. Where prog bands such as Pink Floyd can easily fill one side of a record with one song, Zeppelin really struggle to keep interest levels up. It may have been a joy if you were there, stoned out of your mind, but you’d need a lot of drugs to find this song exciting at home. The concert film struggles to pique my interest too – so ponderous that they had to intersperse it with cinematic cut-scenes. There are great moments on this record – not least Bonham’s amazing drum work – but this is probably the Zeppelin record I play the least. 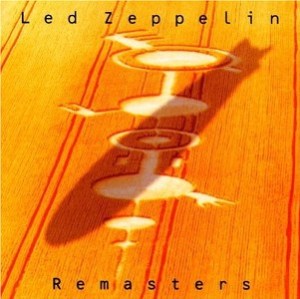 My introduction to the band, Remasters was the first Zeppelin compilation; a greatest hits set from a band that didn’t release any singles in the UK (until Atlantic spoiled it with a 1997 release of Whole Lotta Love). What to include? What to leave out? The decision, as always, went to Jimmy Page – still very much the leader and figurehead for the band ten years after they split. The double-CD / triple-LP set was just a sampler for the full box set of recorded material that Page had digitally remastered, but is now universally seen as the definitive Zeppelin collection, no matter how many times they repackage it.

Best live album: How The West Was Won (2003, Atlantic Records)

Still to see the light of day on vinyl, How The West Was Won was released to very little fanfare in 2003 as a triple-CD; which is a shame as it’s by far their most exciting live album. The result of two West Coast shows on their 1972 American tour, the band sound very energetic and the atmosphere is electric. Page considered the band to be at their artistic peak during this period, and it shows. There’s definitely something to be found here that just isn’t evident on the Song Remains The Same soundtrack / snoozefest. By that time, Zeppelin were just going through the motions, showing the fatigue of another endless American tour. On How The West Was Won, they sound very much like what you’d expect from the band that had just released Led Zeppelin IV; the biggest band in the world.

I don’t tend to listen to much Led Zeppelin these days. I played their records so much through my teens that I know them like the back of my hands. When I do hear them though, blasting out of a car on a summer’s day or on the stereo as I’m flipping through the racks at a record store, it brings a massive smile to my face. I understand Led Zeppelin aren’t everybody’s cup of tea. I get that. Not everybody can have great taste in music.