Listening to the oddly hypnotic covers album, Juliana Hatfield Sings The Police, over Christmas has reignited my love for Sting, Summers and Copeland. It’s even given me a newfound love for this album, the first of two records that fail to live up to the zest of the first three.

I’ve been trying to learn Every Little Thing She Does Is Magic on guitar. As always with Andy Summers’ guitar parts, it’s not as easy as it looks. Summers has a habit of making intricate guitar lines look effortless, but they’re always doing something different to what you’d expect. The opening of the guitar song has delicately ascending guitar part doubled by a piano, all the while underscored by Sting bowing a fretless bass. Damn then and their genius. 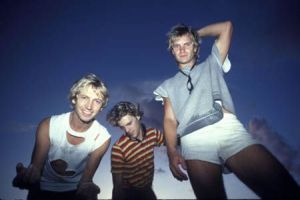 But what a song, with one of my favourite middle-eights of all time:

I resolved to call her up / A thousand times a day / And ask her if she’ll marry me / In some old fashioned way / But my silent fears have gripped me / Long before I reach the phone / Long before my tongue has tripped me /  Must I always be alone?

While the hit singles illustrate that Sting can still write a decent pop song, the aimless, endless reggae feel of the rest of the album suggests that something had changed in the band. This could be the nature of the recording, at Montserrat’s AIR studios in the Carribean – the first time the band had recorded outside Europe – or simply inter-band tension starting to simmer among the ranks.

Summers later laid the blame at Sting becoming a massive cunt – ‘I have to say I was getting disappointed with the musical direction around the time of Ghost in the Machine. With the horns and synth coming in, the fantastic raw-trio feel – all the really creative and dynamic stuff – was being lost. We were ending up backing a singer doing his pop songs.’

It’s a shame, as each of the three albums that precede Ghost In The Machine feel like the output of a band. Outlandos d’Armour is a fantastic post-punk debut, Regatta de Blanc found them starting to believe in themselves, and Zenyatta Mondatta captures them at the height of their creativity. Ghost In The Machine is something else. It’s also the first of the band’s albums with an English-language title. Something had definitely changed, and not for the better.

Hit: Every Little Thing She Does Is Magic 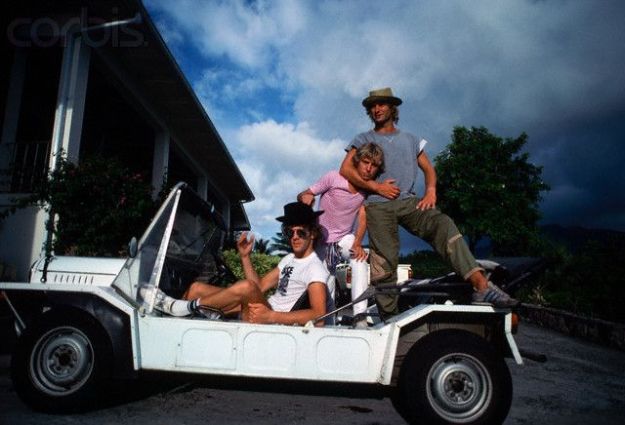 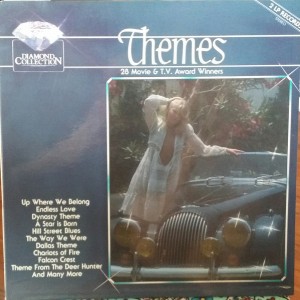 I love a good television theme; but only the original versions. None of this cheaply, re-recorded shit (like this joke of an LP) that captures the melody of the theme but little of anything else.

I used to have a cassette of TV themes when I was growing up; recorded off an LP from the library, no doubt. The A-Team and Magnum P.I. were on there, as well as some other themes that I hadn’t seen by that point, like Hill St. Blues and The Rockford Files. It even had Dallas on there, a show I hated but would always watch the beginning of, for that glimpse of the Cowboy’s stadium in the split-screen opening credits. I can’t remember if my cassette included the original versions or not; it’s too long ago now, but I like to think they did.

Maybe it speaks to my poor knowledge of licensing rights, but surely it would be cheaper to hunt down the rights to the original versions rather than go to the trouble of re-recording them. Or maybe not, who knows? Re-recorded TV themes seem to be ten a penny; it feels like finding a needle in a haystack when you stumble across an original version.

I was scouring Spotify the other day for original TV themes. I found a decent number, but the vast majority were those horrible re-recorded versions that all sound like they were recorded on one keyboard with a dozen different settings. The trouble is that most great TV themes are intertwined with one’s memories of the show, so when you hear Terry Keyboard’s version, it just sounds insulting.

A particular favourite I’ve recently rediscovered is Stewart Copeland’s instrumental theme for The Equalizer, the late ‘80s vigilante show starring Edward Woodward (cue joke about why he has so many ‘d’s in his name). The Equalizer was always one of those shows that I wasn’t allowed to watch when it was originally aired. It was on too late and deemed by my parents to be too adult for me, too violent, and the action wasn’t cartoonish enough like Airwolf or the Roger Moore Bond films. The Professionals was another one I never got to watch.  I always got to watch the opening credits to The Equalizer though, and those were scary enough. 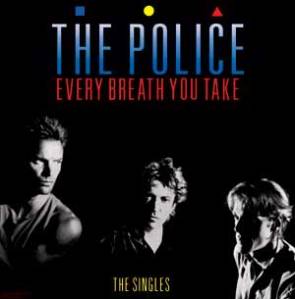 I love The Police. They seem to drift in and out of ‘hipness’ and I fear at the time of writing that they’re incredibly unhip to listen to. Fuck it.

The best bands around are always the ones where nobody in the group is expendable. Lots of drummers and bass players (and guitarists even) are so interchangeable that it almost seems wrong to refer to them as a band. Sometimes they’re only in a band out of being in the right place at the right time, maybe they don’t aggravate the creative force/s in the band, or they simply are talented by association (The Jacksons, The Wilsons, etc). The members of The Police on the other hand are so expert in their instruments that if you removed any one of them out of the equation, they wouldn’t sound like The Police any more.

I have to say I love their first two albums the most, the third is still pretty good, but then they start going down the path of sounding like a Sting solo album. When I hear a song like Tea In The Sahara, I really have a problem believing that Andy Summers or Stewart Copeland had any input whatsoever.

I really love the cover of the single for Can’t Stand Losing You – truly a fantastic image for a great song, and proof that bands really don’t put that level of input into their single releases any more. 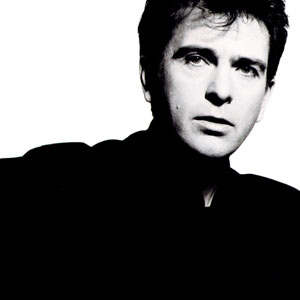 I really should listen to more Peter Gabriel. His voice is awesome, but for some reason, even though I have a fair bit of early Genesis on vinyl – plus their entire back catalogue on my iPod – their brand of Englishness doesn’t connect with me as much as, say, Pink Floyd.

I saw a foreign pressing of this record the other week in the sales racks at Real Groovy. A Russian version, with all writing – bizarrely even Peter Gabriel’s name I think – in Russian. There wasn’t anything on the record in English, and nothing that would lead a non-Russian speaker that it was a record by Peter Gabriel – unless you recognised his photo on the cover (designed by Factory Records’ Peter Saville). I should have bought it simply for its curiosity value, but left it there. I’ll have to manage with my normal English version.

Sledgehammer is a song that reminds me of my youth, and of family holidays. My Dad loves the track, and I think most people loved it at the time because of its groundbreaking video. I haven’t seen that in a few years, but the song is a classic – a little bit funky, a little bit menacing, and a choice of arrangement and orchestration that on paper doesn’t sound too great, but completely fits when it blasts out of the speakers.

The album is co-produced (alongside Gabriel) by Daniel Lanois – better known for his work with Brian Eno amongst a whole raft of other notable production credits. It’s probably because of this that the album doesn’t sound as dated as it should. It’s slightly more experimental and cutting edge than most ‘rock’ albums of the mid-80s, and even though the record is peppered with synthesisers it doesn’t make the same kind of mistakes that cheeseballs like Paul McCartney were making with synths around the same time.

There’s a whole list of guest appearances on So – the most famous being the duet with Kate Bush, but also showing up are The Police’s Stewart Copeland, PP Arnold, Wayne Jackson from Stax Records’ Memphis Horns, Youssou N’dour, Simple Minds frontman Jim Kerr, and Larry Klein (better known as the producer and former husband of Joni Mitchell). 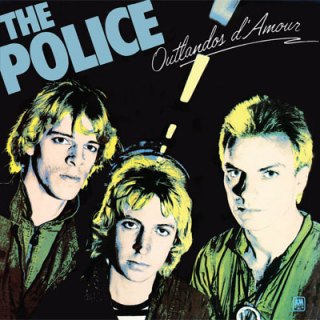 As far as debut records go, this has to be one of my favourites. It’s a little bit punk, a little bit reggae, and all wrapped up in a minimalist pop recording. People don’t tend to like The Police because of Sting’s later crimes against music, but I prefer to ignore his faux-bohemian noodlings and concentrate on his work in this band.

They’re just a perfect band: in Sting, you have a bass-playing, pop song-writing vocalist (with an unmistakable, high-register voice that’s very difficult to emulate); in Stewart Copeland, you have a jazz inflected drummer, who’s not scared to try something new (his timing and beat on Roxanne takes it uncharted territory for a pop song); and in Andy Summers, you have a slightly older guitarist (he played on stage with Hendrix, and counted The Animals as one of his former bands!), with a very progressive approach to chord progressions.

Those sort of attributes can sometimes weigh a band down – but probably because they’re all as equally talented, you don’t really hear anything too weighty or self-indulgent. I’ve heard David Fricke from Rolling Stone magazine say that after the assassination of John Lennon, the next big event in pop music to have a global impact on the youth of the day was when The Police split up in the mid-80s. Although they became a watered-down version of themselves on their later albums, you can understand, with this debut, how they made such an impact.

Hidden Gem: Next To You