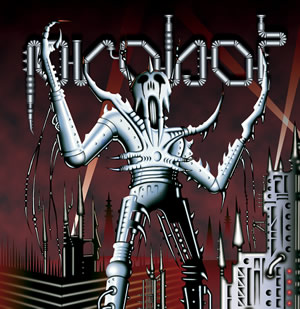 Anybody who has written off Dave Grohl as a commercial sell-out really needs to listen to this, his metal side-project from 2004.

Alongside Lemmy, Max Cavalera, Kim Thayil, Jack Black and many others, Grohl plays almost all instrumentation on a record that is so heavy your neighbours will love it.

In fact, the record feels so right it makes you wonder where Grohl’s heart really lies – the doom and sheer oomph of this versus the mainstream watered-down Emo of his day job. 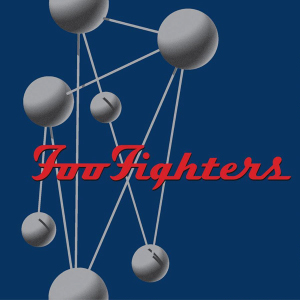 Foo Fighters’ sophomore album The Colour And The Shape marks the true beginning of the empire of Dave Grohl. The band’s self-titled debut album had been released two years earlier, but that was something else, a solo record of sorts with Grohl playing everything on the record.

Foo Fighters wasn’t even intended as the name of the band when that debut was being recorded. It was just the name of the album, the name of the project – in the same way Grohl has subsequently done with ventures like his metal project Probot. In 1995, Grohl employed a group of musicians – guitarist Pat Smear, formerly of the Germs and the latter days of Nirvana, and bassist Nate Mendel and drummer William Goldsmith, both from the recently defunct Seattle band Sunny Day Real Estate. He called this band the Foo Fighters – why not, that’s what the album was called? – but lived to regret this as bad idea much further down the line. To be fair, it is a terrible name for a band.

The recording of the band’s second album included one unsavoury moment that would prove to characterise the band over the rest of its lifetime. Unhappy with William Goldsmith’s drum tracks for the record, Grohl re-recorded them himself, behind Goldsmith’s back. As a result, the hired drummer understandably quit the band. Here was the thing – the Foo Fighters weren’t a democracy, they were a dictatorship, and Grohl was the man in charge.

As much as I loved the charm of the first record, I found its follow-up to be something else entirely. The songs were bigger, more bloated and Everlong pointed to the radio-friendly path the band would subsequently take. Even worse, I couldn’t even work out who a song like February Stars was aimed at – it was completely at odds with the rock band I thought the band was. This was only three years after Kurt Cobain’s suicide, and the former Nirvana drummer was now recording weak material for album filler. It didn’t help that my roommate at University started to like them around this time, and he really only noticed big, mainstream acts like U2 and R.E.M.

Listening back to the record now, I like it much better than I did back in 1997. Perhaps it’s because that for all its differences to its predecessor, it actually sounds more like that first record than anything the band recorded later. Songs like Hey, Johnny Park! and Monkey Wrench are more in line with the Foo Fighters of 1995 and it’s just a shame there wasn’t more of this kind of material across the album. I tried my best in 1997 to like all of The Colour And The Shape, but for me its weaker points outweighed its strengths.

In fact, by the release of Everlong as a single three months after the album dropped, I had checked out. A band – or more fittingly, a recording – I had invested so much in back in 1995 had turned out to be something else entirely, and I just slowly forgot about them. I kept one eye on them, and was sickened by what seemed like a never-ending cast of musicians came and went – Goldsmith was replaced by Taylor Hawkins, formerly of Alanis Morissette’s touring band, and Pat Smear left to be replaced on guitar by Frank Stahl, who ended up being fired by Grohl before they recorded third album There Is Nothing Left To Lose. A stable line-up only came when Chris Shiflett joined as the band’s guitarist after that record was in the can. Pat Smear seems to come and go as he pleases, but generally the band’s line-up has stayed the same in the 21st century.

In 2011’s Foo Fighters: Back And Forth documentary, Grohl reasons that all bands go through firings and difficult line-up changes, it’s just that the Foo Fighters did theirs after the band was already established in the public eye. As much as I agree with this, I just wish that initial foursome of Grohl, Smear, Mendel and Goldsmith had survived. There’s a band picture included in the packaging of that debut record, of the four original members looking very happy – maybe I’d still be a fan of the band if this line-up was still intact? My mild OCD seems to think so – I tend to prefer bands with a measure of stability in their line-ups.