2008 was a big year for me. I up-rooted sticks and flew to the other side of the world. When I got to that mysterious land of milk and honey (and pineapple lumps), a young singer-songwriter released her debut album just six months later.

Ladyhawke, or Pip Brown to give her real name, had a history of playing in art-rock bands both in her native New Zealand and across the ditch in Australia. She then released her self-titled debut, Ladyhawke, in September 2008, and it’s a pearler.

At the time I seem to remember it borrowed a fair bit from the Killers’ Hot Fuss, another record from the 2000s that I love to bits – similar art-rock moodiness, some lovely synth-work, and lots of singalong choruses. It has a foot firmly placed in the 1980s, with the other foot almost taking a futuristic leap into the 21st century. In the decade that has since passed following the record’s release, it seems to have improved with age. It feels like a forerunner of the synth-wave revival of the last five years; an album ahead of its time in some respects. 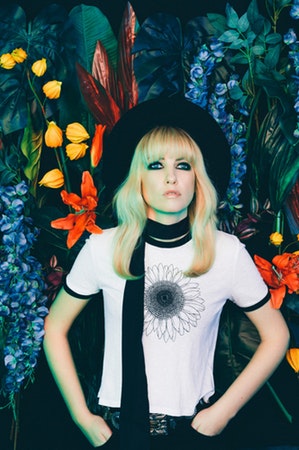 Hit single My Delirium is a belter of a song, with a tricky pre-chorus that repeats on itself before launching into the chorus. It’s one of those songwriting quirks that might make you launch into the chorus early if you were singing it at karaoke after a few beers. It even caught Ladyhawke out when she reportedly fluffed the song, performing it at Halloween in Auckland following the single’s release. It’s such a good song that when my good friend Bucko visited New Zealand and went on a coach tour around the country, she was upset that My Delirium was chosen as the team song of the coach she wasn’t on. Her coach leader settled on a different, lesser song. For shame.

Unfortunately the album has been out of print on LP until very recently. This reissue is pressed on pristine white vinyl, has a great watercolour gatefold and comes with a beautiful colour booklet with lyrics and a couple of pages of concept art and photographs charting the original design. Until now I’ve only known the album digitally. It’s wonderful to rediscover it all again through my turntable.

I love this record. I have trouble separating it from my mindset in 2008 – a new life, in a new country with untold opportunities ahead. I’m pretty sure it should conjure up images of neon and cityscapes, but for me it’s the sound of sunshine, L&P, beaches, open roads and freedom. It screams NEW ZEALAND. Thank-you so much, Pip Brown. 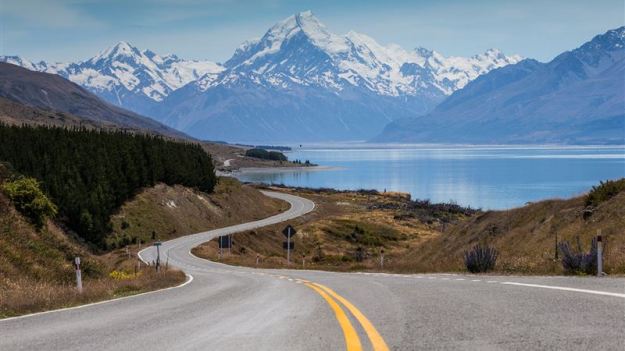