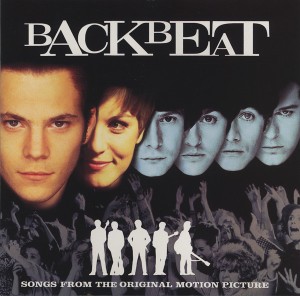 One of my favourite soundtracks from the 1990s, from my favourite Beatles biopic, it was a touch of genius to put a contemporary band together to record these early Beatles favourites.

The film, directed by Iain Softley, feels very Hollywood, despite it being a UK / German co-production, and it reeks of the ‘90s with heartthrob Stephen Dorff in the lead role as the doomed Stuart Sutcliffe. The script is effervescent, and the casting is superb, but it is Ian Hart’s uncanny turn as the acerbic John Lennon that stands out (the second of three times he has played the character).

The Backbeat Band play a selection of covers the Beatles played in their Hamburg days – no expensive licensing required here – and they’re belted out with gusto. There’s just enough reverence for the songs, and the late ‘50s era of rock and roll, to prevent the songs from descending into a grunge-fest. It was great to see them play a couple of these songs live at the 1994 MTV Music Awards, followed by a heavy cover of the White Album’s Helter Skelter.

The final shot of this film, showing Sutcliffe and Lennon and their respective girlfriends (Sheryl Lee as Astrid Kirchherr and Jennifer Ehle as Cynthia Powell) playing in the twilight on a German beach is a deeply evocative moment of 1990’s filmmaking. The first screams of Liverpool’s Beatlemania fade away, replaced by the stark guitar and piano of Don Was’ score. Slowly, the intertitle text tells of cruel twisting of fate around Sutcliffe and Lennon’s doomed friendship:

Stuart Sutcliffe died of a brain haemorrhage in Hamburg on April 10th 1962. His legacy is a highly acclaimed collection of paintings that has been exhibited all over the world.

That same year, Pete Best left the Beatles and was replaced by Ringo Starr, on December 17th they entered the charts with “Love Me Do”. The following year, the McCartney / Lennon song “I Want To Hold Your Hand” sold 13 million copies worldwide.

They went on to top the U.S. charts a record 20 times and remain today the biggest selling pop group of all time.

Klaus Voorman designed the cover of the Beatles’ 1966 “Revolver” album. After the break-up of the Beatles in 1970 he joined John Lennon’s Plastic Ono Band, playing bass on the “Imagine” album.

Today Astrid Kirchherr’s photographs are recognised as the definitive record of the Beatles in Hamburg, and her visual ideas influenced the Beatles’ “look” throughout the sixties. She now lives happily in Hamburg. 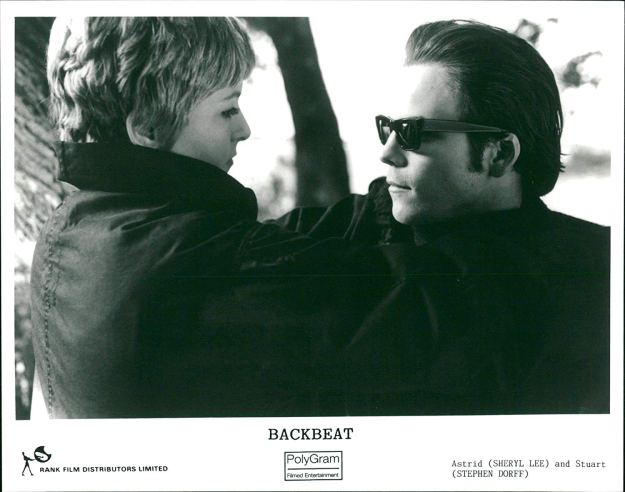 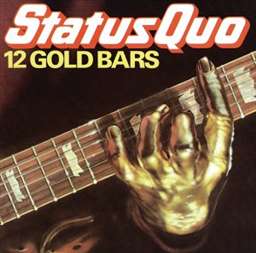 The really damning thing about Status Quo’s story is that they just come across as dullards who got lucky playing pub rock. They then screwed founding member Alan Lancaster over by dissolving the band in 1985 and then regrouping without him. Nice, really nice. Rock and roll seems to be full of those nasty stories – whether it be Pink Floyd simply not bothering to pick up Syd Barrett on the way to the recording studio one night, or Lennon, McCartney and Harrison getting Brian Epstein to do their dirty work for them by breaking the news to Pete Best that he was out of the band.

Still, Quo were a fantastic choice to open Live Aid, only because Rockin’ All Over The World was so apt. It couldn’t have been more appropriate unless they had opened with an obscure b-side about Ethiopians starving to death.

But that’s it. That day in July 1985, with Alan Lancaster’s very last appearance on bass guitar, is where Quo stopped for me. The Status Quo finally changed. They turned into a lame ‘80s band with shorter hair, trendy ‘80s clothes and a younger backline. I can’t listen to something like In The Army Now without cringing. And what a fall – working with fellow nostalgia hawkers the Beach Boys, or bringing out songs extolling the virtues of Manchester United – it just got worse and worse, like a car crash happening in super slow motion. Is it over yet?

Hit: Rockin’ All Over The World

Hidden Gem: Living On An Island 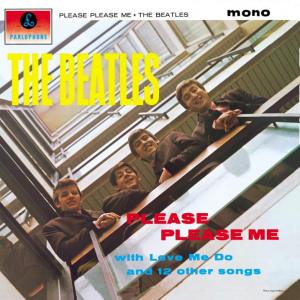 When I first listened to this, the debut album by The Beatles, I used to think it would have sounded pretty revolutionary at the time. In hindsight, you can hear that it’s still got one foot firmly planted in the 1950s. Dylan followed Please Please Me two months later with The Freewheelin’ Bob Dylan, and that’s like a futuristic text compared to the childlike nature of this album.

This album is notable for a few things. Firstly, the original compositions are attributed to ‘McCartney-Lennon’, not long before the decision was made to reverse the surnames. I heard a few years ago that McCartney was lobbying Yoko Ono to get the rest of their back catalogue changed back to this original song-writing credit. Thankfully it didn’t happen, and anyway, you never know if things like that are even true. I wouldn’t put it past McCartney to try something like this – he obviously waited until George Harrison died to release Let It Be…Naked – but you’d get the impression that after 40 or so years, he’d be content that his name comes last in 99% of their song-writing credits.

Secondly, the album was famously recorded in one day. I don’t really see that as being anything special though. This happens for a lot of bands – especially on their debut albums – and perhaps this should be a rite of passage for bands recording their first batch of songs.

In terms of their song choices though, I do think that there are a few mistakes. Their original songs really sound very good alongside some very odd covers, but maybe that was the intention. There were better covers recorded during the New Years Day 1962 Decca audition (available on Anthology 1), that would have fit better than some of the covers here, and are closer to the standard of covers they recorded on their second album.

Thirdly, Ringo Starr isn’t the only drummer on the album. He’d later be replaced by McCartney on the occasional track later in their career, but here he is replaced by session man Andy White on their prior single, Love Me Do / P.S. I Love You – both sides of which open the second side of the album. George Martin had expected them to turn up to the session with Pete Best (who had played on their first Parlophone session), had told Brian Epstein that he wouldn’t allow Best to play on another session and that he would supply the drummer next time. When The Beatles then arrived with their newly appointed drummer in tow, Ringo was relegated to tambourine. If nothing else, this story confirms that the band was right to fire Pete Best.

All in all, a very simple album that’s very hard not to like. Sometimes that simplicity turns me off, but I also think that’s where most of its charm comes from. The Beatles would produce works of much greater value and innovation, and it wouldn’t take them long.