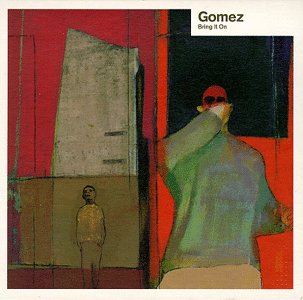 We used to do a cover of Whippin’ Picadilly in a band I played in back in 1999 and 2000. It was a pretty bad cover as I think we only half-learnt it, and I remember it used to really hurt my fretting hand because of the constant barre chords used throughout the song.

I’d definitely heard of Gomez by this time because I remember the hype surrounding them when they won The Mercury Music Prize for this album, but I hadn’t bought anything by them. I seem to remember that, buoyed on by our lead singer, I went out and bought this album on vinyl.

Not long after, I saw Gomez play at the first Glastonbury I went to, back in 1999. They played on the Second Stage, just as the sun was setting and it was a real festival moment. I stuck with them enough to buy their second studio album, Liquid Skin (1999), and their third release, a collection of outtakes and b-sides called Abandoned Shopping Trolley Hotline (2000), but by this time I had lost interest.