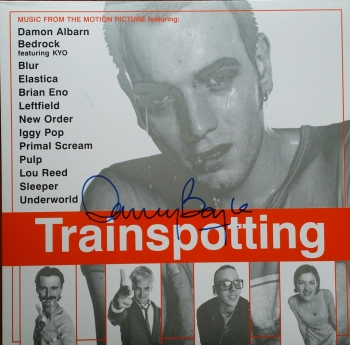 I’m not 100% sure how Newmarket’s Broadway cinema manages to attract these big-name Hollywood directors – it was the same venue at which I met Tarantino a year earlier – but I hope they continue the trend.

The Tarantino event was advertised as a meet and greet, so getting something signed was almost guaranteed, but the T2: Trainspotting event was only supposed to be a showing of the film introduced by Boyle. I took my copy of the soundtrack along, just in case.

When we arrived at the cinema, Boyle was being interviewed by the local TV station at the entrance to the foyer. The place was packed, with people making good use of the free drinks and food that were being offered by hospitality staff. Our small group – myself, my wife, my brother and a friend from work – found a spot among the crowd.

I glanced over at Boyle – now being interviewed by a different TV station – and thought that the chance of getting an autograph was slim. But then I saw him autographing something for somebody, and I took my chance.

I approached with my soundtrack and Sharpie in hand, expecting to be shooed away. A member of his team turned to greet me.

This was going to be easier than expected.

She tapped him on the shoulder just as he was wrapping up an interview with Kate Rodger, the TV3 film critic who pronounces Gal Godot as ‘Gal Gad-eau’ as though she’s French (Rodger is seemingly incapable of doing any basic research, let alone use the fucking internet). 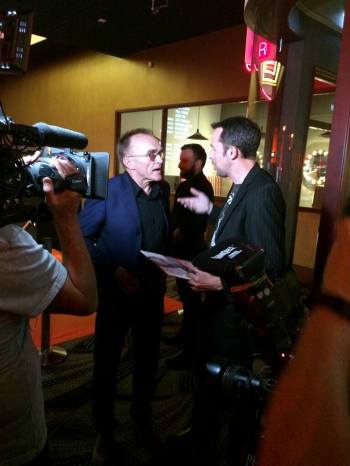 “Hi there,” he says in his soft northern drawl.

We have our quick chat and he signs my record. The best thing about being with friends is that they all got their phones out and so I have a good photographic document of the moment.

Of course, in my nervousness, I forgot to tell Danny I was from Oldham, just a dozen miles away from his native Radciffe. I also forgot to tell him how much I appreciated him for reinventing the zombie genre with 28 Days Later, or how if you watch 127 Hours in reverse it turns into a lovely film about an amputee who finds his missing arm in the desert.

Most importantly, I didn’t tell him that his opening ceremony to the 2012 London Olympics was one of the few things that has made my heart truly ache with homesickness. 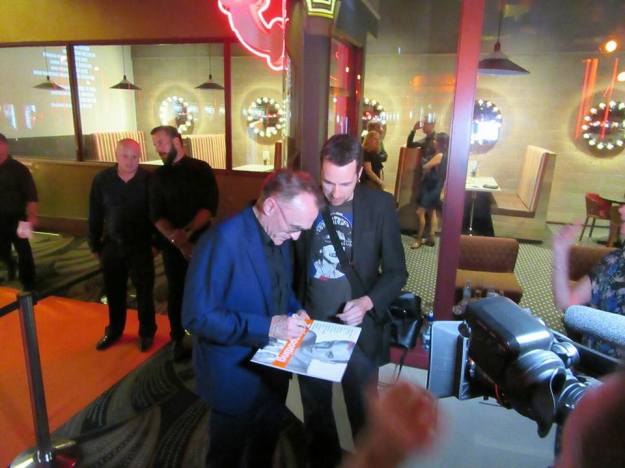 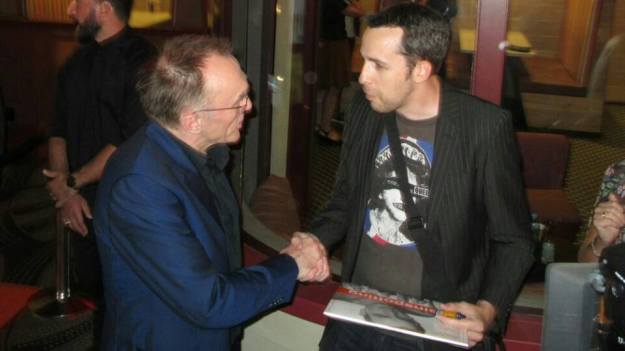 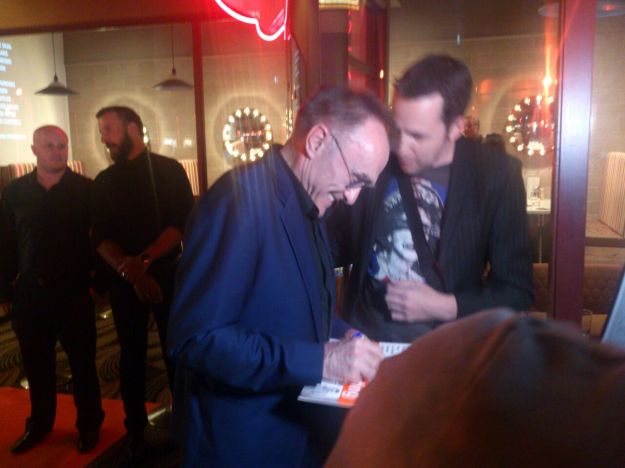 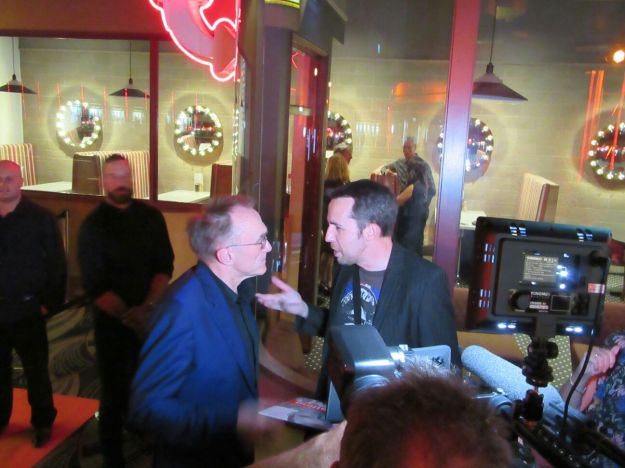 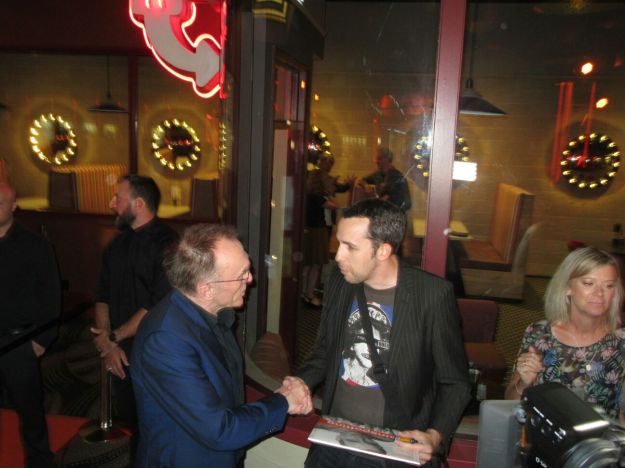 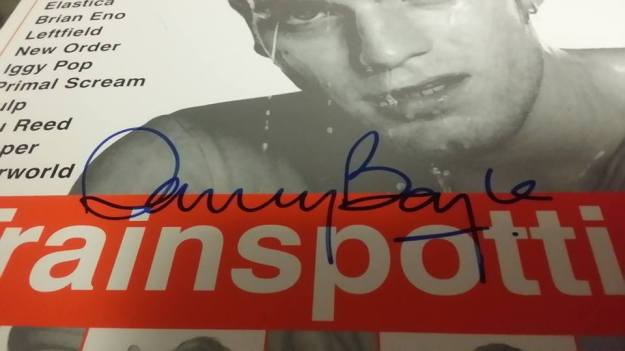 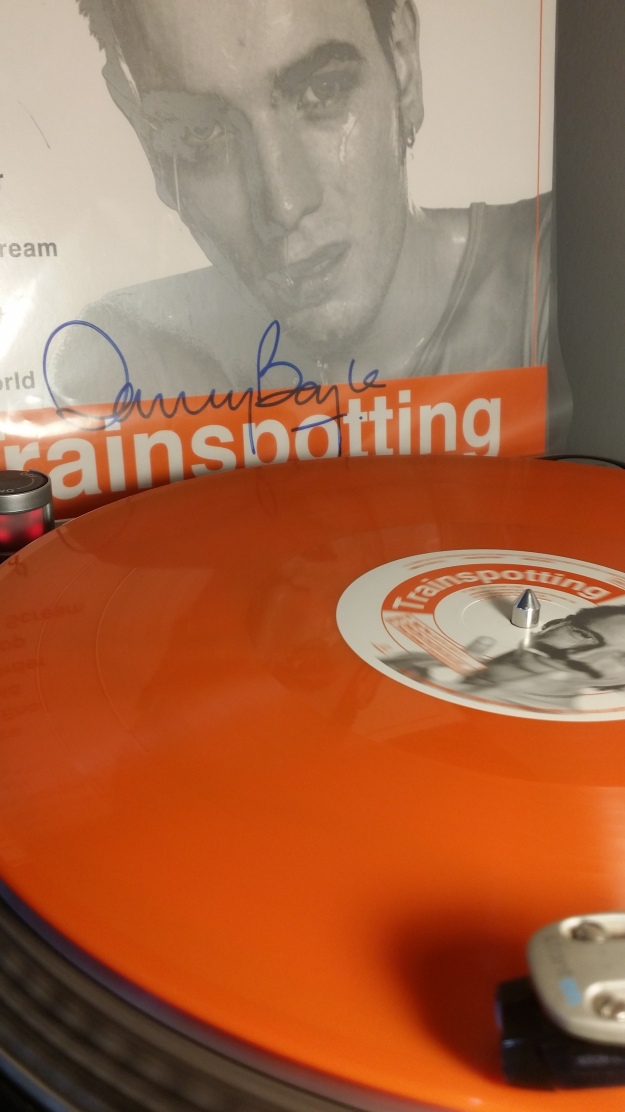