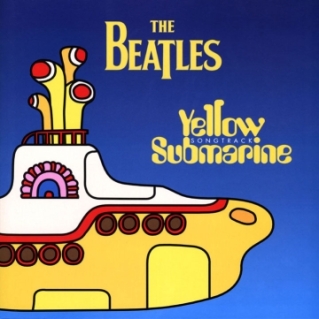 It’s odd that they released this, as though admitting that the original Yellow Submarine soundtrack released in 1968 was a bit of a mistake. That album has four previously unreleased songs of varying quality on one side, bookended by the title song and All You Need Is Love; with the flipside covering George Martin’s orchestral score for the film. Of the studio albums in their official cannon, this has to be the weakest as half of it isn’t them playing, and the rest is half-hearted, at best.Released in 1999 to promote the re-release of the animated film, the Yellow Submarine Songtrack tries to wrong those rights by removing the George Martin tracks and filling the album out with the other Beatles songs that appear in the movie.

Hey Bulldog takes pride of place as the first song on the album (after the title song), and this was released as the only single from the album. Of those 4 previously unreleased songs that appeared on the original soundtrack, it’s clearly the best one – a nice little riff-driven rocker by Lennon that wouldn’t have been out of place as a B-side around the time of The White Album when it was recorded.

This is a nice addition to my Beatles collection – the tracks are fully remixed from the original multitrack tapes (something that they didn’t even do for the 2009 remasters), making it a pretty unique release. And of course it’s on yellow vinyl, and who doesn’t like coloured vinyl?