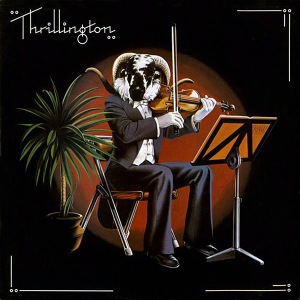 In 1971, Paul McCartney had just recorded his second solo album, Ram (actually his third if you include his 1967 soundtrack to The Family Way). He had credited the record to ‘Paul and Linda McCartney’, to get around the publishing contract he had signed as a Beatle. Under that contract, any solo recordings he made until 1973 were owned by Northern Songs, so wisely he credited the album to himself and his wife.

It’s not surprising that McCartney was pleased with Ram; despite a fair bit of whimsy, it’s a massive improvement on his uneven debut solo record. If a comparison were to be made, you could argue that the melodies on Ram follow on from the more powerful moments of Abbey Road. However, where his contributions to the Beatles’ final recorded studio record were tempered with songs by John, George and even Ringo, Ram found McCartney writing and performing the whole thing by himself in fifth gear.

Before Ram was even released, McCartney had asked arranger Richard Anthony Hewson to orchestrate the whole record as a collection of light orchestral instrumental songs, intended for a separate release. Among the orchestra who played on these sessions at Abbey Road were the cream of the studio players of the day – James Bond Theme guitarist Vic Flick, bassist Herbie Flowers and drummer Clem Cattini.

The end result is an oddity. It is thought the indulgent project was undertaken to please his father, who played in bands of this nature during the First World War – but as Howard Sounes, author of Fab: An Intimate Life Of Paul McCartney, points out, ‘the record…sounds like incidental television music, with a soupcon of the tea dance’.

Following the release of Ram in May 1971, and the recording of the instrumental version in June 1971, Paul formed Wings alongside Linda, Moody Blues guitarist Denny Laine and session drummer Denny Seiwell. As a result of this new direction, the instrumental Ram was shelved, and McCartney’s band went on to record and release Wild Life instead. 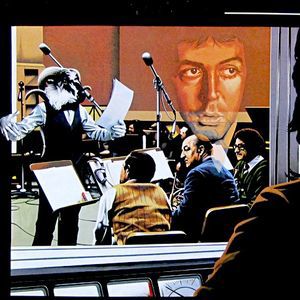 ‘When Paul did finally put this off record out,’ Sounes writes, ‘he did so as quietly as possible under a pseudonym, titling the album Thrillington after an invented character named Percy ‘Thrills’ Thrillington “Born in Coventry Cathedral in 1939”. Somehow this wasn’t as amusing as Paul obviously thought it was.’

Thrillington finally saw the light of day in April 1977, released between 1976’s triple-live album Wings Over America and 1978’s London Town. While McCartney is pictured on the record’s rear cover as a reflection in the glass of the studio’s control room, and thus identifying him as the true producer of the album, Thrillington went largely unnoticed until McCartney revealed the connection during a 1989 press-conference. Following this admission, the record tripled in value and hasn’t been reissued on vinyl since its original release.