I downloaded a digital copy of this in the early 2000s, by accident really, as I was trying to put the Black Crowes’ discography on my iPod. Needless to say, it because a firm favourite, even though I knew nothing about the gig or the reasons why Page was playing a show of Zeppelin songs and blues standards with an American band some time after their early ‘90s heyday.

It doesn’t matter why though –  I don’t want to know. All I know is that I love this album. Of the two, I think it has the edge over Celebration Day, the recording of the 2007 Led Zeppelin reunion show at the O2. Recorded only seven years after Live At The Greek, there are a few moments on Celebration Day where Page seems to suffer from locked-up old-man fingers. I don’t know whether this is from age, or simply a lack of enough rehearsals, but the same problem isn’t audible on Live At The Greek. His playing here is fluid – maybe not to the same level of his mid-‘70s peak, but good enough – and obviously he’s got two guitarists to fall back on (Rich Robinson and Audley Freed), whereas he was flying solo at the O2.

It’s also a more energetic album – probably as a result of Page playing alongside a much younger band – and the choice of material is also much more fun, taking the time to play some deeper cuts and some well chosen blues covers. Zeppelin wouldn’t have had the opportunity to do this at the O2, in front of a crowd essentially wanting to hear the hits. They could have done, but it would have meant playing another night. Or two. Shit, they could have played a 100-night residence at the O2, and every night would have been full.

Hidden Gem: Woke Up This Morning 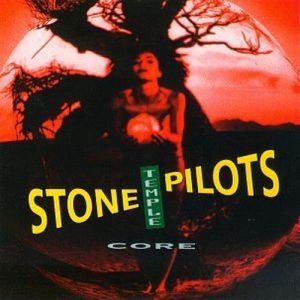 I’ve been lucky with finding coloured vinyl copies of STP’s back catalogue. I love coloured vinyl and I love Stone Temple Pilots so it’s nice to have their first three albums on yellow, purple and blue marble vinyl respectively.

Core was the first STP album I bought – in the Boxing Day sale in 1994 if I remember correctly. I also bought the Beatle’s Revolver and Alanis Morissette’s Jagged Little Pill on the same day. Well, two out of three ain’t bad. Those were the days too when I would buy CDs and be able to listen to them almost instantly on the bus ride home on my Discman. I bought the CDs from the original Virgin Megastore on Market Street – the cool building with the cash from the tills going round the building in pneumatic pipes. Core would have found its way into my Discman by the time I had marched back up Market Street to get the 24 or 181 home.

Of the first three STP albums, Core is clearly the best although Purple and Tiny Music… both have their strong points. Core just sounds more cohesive, like they had toured the shit out of these songs before Brendan O’Brien put them down on record. It’s also the heaviest album of the three, with fewer departures into other genres than its successors. While those musical variations characterise the second and third album, it’s the straightforward and no-nonsense approach that sums up the sound on Core.

My first exposure to the band was seeing them perform Plush on some MTV awards – probably in 1993. I immediately disliked them because Weiland came from the Eddie Vedder school of grunty singing. It wasn’t until I heard Vasoline – the second single off their second album – that I started to change my mind. They’re constantly looked at as opportunists, riding the tailcoats of grunge with little in the way of originality but when you take the grunge lens off them they probably have a lot more in common with classic American rock of the 1970s.

Guitarist Dean DeLeo and brother Robert DeLeo on bass are true heroes of mine, and one of their greatest accomplishments is managing to lay down so much great material while dealing with the challenge of Scott Weiland. I’m very lucky to have been able to finally see the band play in the New Zealand in 2011 – before the latest spat in 2013 saw the band fire Weiland and record with another singer.

They played Crackerman – my favourite STP song – only a few songs into that set at the Vector Arena and I could have walked out there and then, a very happy man.

I’m not the biggest fan of punk. I can usually take it or leave it, although I’m glad that it came along when it did and wiped the charts from the excesses of Emerson, Lake & Palmer (and similar dullards). This is a great rock ‘n roll record though – mainly due to Steve Jones’ contributions.

Essentially, all you need to know about The Sex Pistols is contained on these two sides and the documentary by Julien Temple, The Filth And The Fury. I don’t really care about reunion tours and the fact that John Lydon now advertises butter (even if he still thinks he’s being subversive by advertising “Cunt-try Life” butter). It’s all bollocks, and they told us not to mind it, didn’t they? Anyway, Martin Freeman can do Johnny Rotten better than John Lydon can these days.

I have a pink vinyl version of this record – the same, disgusting shade of pink used on the cover. It looks like luminous vomit.

Hit: Anarchy In The UK

Hidden Gem: Holiday In The Sun 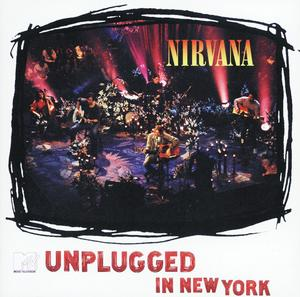 Released following Cobain’s suicide, I guess this is the first example of Geffen Records cashing in on his death. None of the other contemporary bands that recorded an Unplugged performance on MTV went on to release them on record (except for Alice In Chains and Alanis Morrissette) – the tracks usually found their way onto singles as B-sides (or existed in full only on bootlegs). An Unplugged album was more of a classic rock thing to do – hence the releases by Clapton, Dylan, Bryan Adams and the Page & Plant reunion.

I wasn’t a fan of Nirvana at the time this was released – mostly because I didn’t like that he wasn’t particularly a good guitarist. Learning the guitar will give you crazy notions and put you off bands like that. I later realised that it’s far more important to be a good songwriter than it is to be a good guitarist; a guitar solo is never going to change anybody’s life.

Trying not to like them, and failing miserably as this performance was getting a lot of airplay on MTV, the songs started seeping in and I started to become a Nirvana fan, purely by osmosis.

Hit: Come As You Are

I was so happy when I bought this album – on white vinyl – that I played songs from it when I was DJing that evening. Local boy done good and ex-Inspiral Carpet Clint Boon was doing a homecoming show at the Queen Elizabeth Hall in Oldham, and I was asked to DJ. Hardly anybody turned up but I do remember that I played a few songs off this album. I was even approached by one of members of the support bands playing that night (somebody fairly minor, but a known act all the same), when I was playing Ysbeidiau Heulog, and asked who this was.

Apparently this is the best-selling Welsh-language album of all time. I couldn’t care less that it’s sung in a different language. In fact, I think it gives it charm. I hardly listen to lyrics anyway, so it doesn’t mean a thing to me. The music and the melody is where I’m at.

It’s odd that they released this, as though admitting that the original Yellow Submarine soundtrack released in 1968 was a bit of a mistake. That album has four previously unreleased songs of varying quality on one side, bookended by the title song and All You Need Is Love; with the flipside covering George Martin’s orchestral score for the film. Of the studio albums in their official cannon, this has to be the weakest as half of it isn’t them playing, and the rest is half-hearted, at best.Released in 1999 to promote the re-release of the animated film, the Yellow Submarine Songtrack tries to wrong those rights by removing the George Martin tracks and filling the album out with the other Beatles songs that appear in the movie.

Hey Bulldog takes pride of place as the first song on the album (after the title song), and this was released as the only single from the album. Of those 4 previously unreleased songs that appeared on the original soundtrack, it’s clearly the best one – a nice little riff-driven rocker by Lennon that wouldn’t have been out of place as a B-side around the time of The White Album when it was recorded.

This is a nice addition to my Beatles collection – the tracks are fully remixed from the original multitrack tapes (something that they didn’t even do for the 2009 remasters), making it a pretty unique release. And of course it’s on yellow vinyl, and who doesn’t like coloured vinyl?