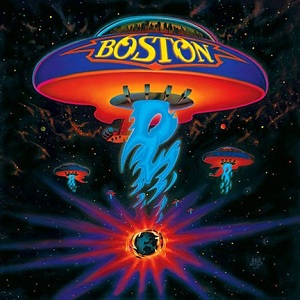 More Than A Feeling is always mentioned as an influence on Nirvana’s Smells Like Teen Spirit and held up as the one song it shares the most DNA with. The similarities are there – a catchy rock song built around a cyclical guitar riff – but that’s about it. A lot of famous guitar riffs are cyclical – it’s a hallmark of a catchy riff – but I see no reason to single Boston out.

You wouldn’t think it, but once you get past the family-friendly More Than A Feeling, Boston’s debut turns into a decent hard rock album – the pop single is definitely the softest thing on there. I know Smokin’ from the soundtrack to Grand Theft Auto: San Andreas, and the rest of the album can be summarised by that song much better than its opening hit single. If anything, Boston come across as an American Deep Purple – guitar and organ led rock songs, with an unrelenting rhythm section.

The album is still the second best-selling debut album of all time in the United States (after Appetite For Destruction), and I guess that fact alone points to how important this album is to the musical psyche of that country – something that may not translate as well to the rest of the world.

Hit: More Than A Feeling