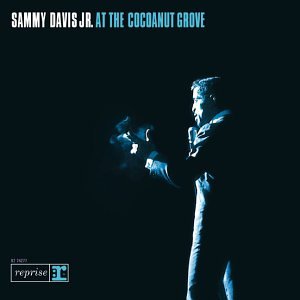 Excuse me… are you reading “Yes I Can”? By Sammy Davis Jr.? You know what the title of that book should be? “Yes, I Can If Frank Sinatra Says It’s OK”. ‘Cause Frank calls the shots for all of those guys. Did you get to the part yet where uh… Sammy is coming out of the Copa… it’s about 3 o’clock in the morning and, uh, he sees Frank? Frank’s walking down Broadway by himself…

I finally got around to reading the book Tommy Pischedda spotted in 1982’s This Is Spinal Tap, an old beat-up copy I found in a second-hand bookstore. Tommy’s right: Sammy does owe a lot of his success to Frank’s guidance, but it’s clear from the start that he was supremely talented and worthy of breaking out from the Will Mastin Trio, the cabaret group he toured in with his father, Sammy Davis Sr. and the eponymous Mastin.

Listening to Live At The Cocoanut Grove, Sammy’s a natural mimic, adept at impersonating his favourite singers (even Elvis) as well as using his own voice. Between sings, he drops stand-up worthy one-liners, and you get the impression that the audience are there as much to laugh as they are to be crooned to. 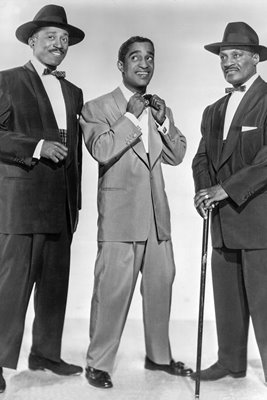 Yes I Can was a slog though. After a long, painfully detailed telling of his climb to fame, and the accident that led to him losing an eye – he crashed his car and hit a protuberance on the steering wheel (the accident led to car-makers redesigning dashboards and steering wheels to avoid such hazards) – the second half of the book dealt with his day-to-day activities as a household name in the late ‘50s and early ‘60s. Co-writers (ghost-writers?) Burt and Jane Boyar appeared more and more frequently in the book in its last third, which dealt with Sammy’s inability to control his financial affairs, and I was just happy to finish it.

Maybe those limeys in Spinal Tap didn’t enjoy it either.

Hit: I’ve Got You Under My Skin 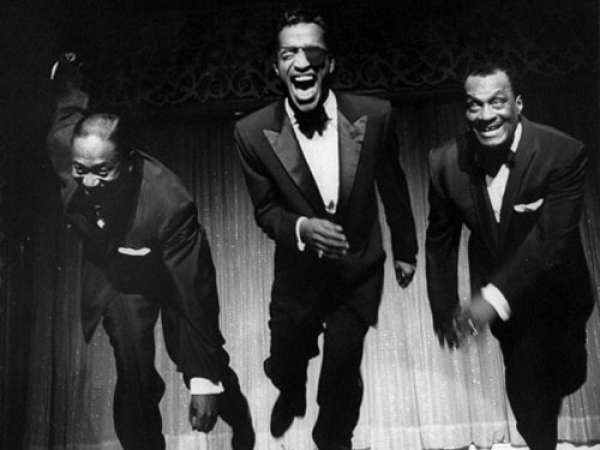