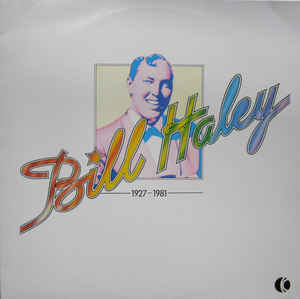 What if Elvis had never happened? What if Elvis had walked into Sun Studios in Memphis in 1953, but was prevented from making his first recording for Sam Phillips by a city-wide power cut? Of if he was hit by a bus walking over to the studio? The whole future of popular music and teen culture might have changed into an alternate timeline that doesn’t bear thinking about.

Two years later, Bill Haley’s Rock Around The Clock turns rock and roll into a household name, but there’s no good-looking teen idol to pass the flame to (up and comers Chuck Berry, Little Richard and Jerry Lee Lewis are all killed in a package tour bus crash). Instead, teenagers across America turn to Haley for inspiration, as he signs with manager ‘Colonel’ Tom Parker. Tartan blazers become the hottest fashion accessory, and teens across the country turn to the emerging fast food restaurants to gain weight in adulation of their portly hero.

In 1957, Haley buys a large farming property, Graceland, between Memphis and the Mississippi border. A year later, Haley meets fourteen year old Priscilla Beaulieu and they marry after a seven year courtship. Haley becomes the most famous musician in the world, with his artistic credibility waning only after volunteering to join the army in 1958.

Throughout the 1960s Haley concentrates on acting and appears in a number of films celebrating middle-age. His return to music, the 1968 Comeback Special, renews public interest and reclaims Haley’s fanbase away from the British clarinet explosion of Acker Bilk. Dubbed the Fab One, Bilk had begun to alienate his global audience in recent years with music heavily influenced by his hallucinogenic drug use. 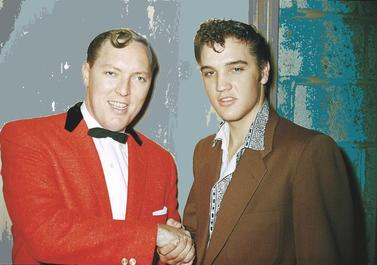 In the 1970s, Haley becomes a staple of the Las Vegas casino scene. He switches draper jackets for white and gold jumpsuits, and it seems that his star will never fade with a million impersonators copying his gold wraparound sunglasses and kiss-curl hair-style. However, in December 1980 tragedy strikes when Haley is gunned down by an obsessive fan outside the New York apartment he shares with his Japanese wife, the artist Yoko Ono. Haley falls into a coma, and dies a few months later.

Haley’s legacy – the influential sound of rock and roll – can still be heard across pop charts to this day, and his lasting effect on fast-food culture is covered in Morgan Spurlock’s 2004 documentary, Super Size Me, a celebration of the age of American obesity.

Hit: Rock Around The Clock

Hidden Gem: Rip It Up