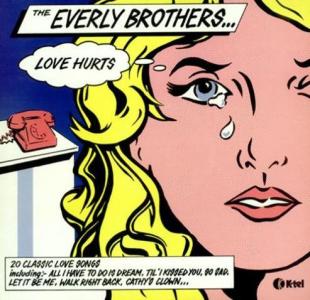 Now these boys could write a tune…

It’s funny how some talent seems to be easily forgotten. The Everly Brothers’ close harmonies influenced the likes of the Beatles, the Beach Boys and Simon & Garfunkel – yet, their catalogue of songs seems to be stuck in the ‘50s, isolated from the commercialism of the ‘60s. The fact that their greatest hits end up coming out on a cheap K-Tel compilation such as this in the ‘80s speaks volumes. They just don’t seem to get the respect they deserve, probably as a result of their material endlessly changing hands and ending up with a record company that doesn’t really know how to present them as culturally significant and relevant songwriters.

Don and Phil were such an influence on John and Paul that they even get a namecheck on Wings’ Let Em In (from 1976’s Wings At The Speed Of Sound): ‘Sister Suzie, Brother John, Martin Luther, Phil And Don, Brother Michael, Auntie Gin, open the door and let ’em in.’ It’s hardly poetic. In fact, it’s McCartney at his laziest best, but there they are, the Everly Brothers, knocking on his door. Or ringing his doorbell actually.

Hit: All I Have To Do Is Dream 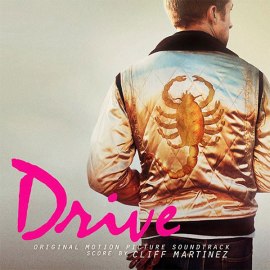 Drive was my film of the year in 2011. Anybody who has spent a good deal of time playing Grand Theft Auto since the game-changing third iteration of the series in 2001 should like Drive. In fact, if they licensed it as a Grand Theft Auto film, it’d probably be the best video game adaptation ever to set foot in cinemas.

One of the standout aspects of the film though is the music. Cliff Martinez – a former Red Hot Chili Pepper – always constructs his scores around the feel of a film, rather than writing the music to fit certain cues, and Drive displays this approach perfectly. It doesn’t sound too far away from video gae music in fact. The ‘80s tinged vocal tracks which kick off the soundtrack are mesmerising in their effortless simplicity and sheer coolness. They fit perfectly with Ladyhawke’s eponymous 2008 debut album – another retro sounding record which helped bring the ‘80s back into the zeitgeist.

If there was ever a film that made me want imitate art, it’s this one. Although, finding a reason to evade police in a fast car, while wearing driving gloves and a white satin jacket with a scorpion on the back, might not be the easiest thing to do.

Hidden Gem: Tick Of The Clock – The Chromatics

The WordPress.com stats helper monkeys prepared a 2015 annual report for this blog.

A New York City subway train holds 1,200 people. This blog was viewed about 4,700 times in 2015. If it were a NYC subway train, it would take about 4 trips to carry that many people.