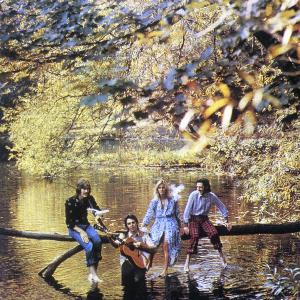 This is the debut record of Paul McCartney’s second band – the name of his first one escapes me at the moment. In terms of where this is placed in his solo career, it’s record number three after McCartney and Ram. Those two albums showed a natural progression – from the back to basics experimentation of McCartney to the sublime perfection of Ram – which sadly ends here. You can almost imagine his new band-members Denny Laine and Denny Seiwell looking at each other and wondering ‘Well…where are the songs?’

I love Ram – alongside Band On The Run, it’s probably the one album in his career that gets close to escaping from the shadow of that former band. His songwriting on Ram is just as good as anything he contributed to Abbey Road, which makes it even more dumbfounding how he really pressed the reset button with this one. There are songs on the album – Wild Life itself is a nice tune – but gibberish like Mumbo and Bip Bop are reminiscent of the out-of-ideas DIY wankery on his first solo album.

Album closer Dear Friend is a thinly veiled attempt at a reconciliation with Lennon, after Lennon’s no-veil snipe at McCartney on Imagine’s How Do You Sleep? If I was McCartney, I would have written a rebuttal song titled Quite Well Actually, How About You, You Wife-Beating Smack-Head? I doubt it would get picked for a single though, but you can’t win them all.

This is the British version of this compilation – the U.S. version not only has a different cover, but a different tracklisting. I prefer the later compilation (Through The Past, Darkly) from 1969 but this still has a wealth of great songs on it. Given that they only released their first single in 1963 – eight months after the Beatles – it’s a testament to their success that they could pull together a ‘best of’, and a decent one at that, in the space of three years.

I finally got to see the Stones late last year. When I was in my teens and twenties, they always seemed a little on the expensive side, a little out of my price-bracket; and anyway, it didn’t really matter, I could always catch them on the next tour, right? As they all reach their seventies, I’m glad I got to see them before they give up touring for good.

It’s amazing that this music is still being listened to, toured and appreciated some fifty years after it was released. It’s not hard to imagine that it’ll still be revered even fifty years from now – when the Stones will be long gone and they’ll be more myth than anything else.

Hit: (I Can’t Get No) Satisfaction

Now this takes me back. If there’s one album that reminds me of my teens, it’s this one (and probably also the first Rage Against The Machine album). Blood Sugar Sex Magik is ingrained in my mind with being 16 years old, waiting for Saturday night to come around, getting drunk at somebody’s house, and then making our way into Oldham to go to Ambition – at the time, the only nightclub in town for anything other than pop music; one room indie, one room alternative rock.

Until I bought it recently on vinyl, I probably hadn’t heard B.S.S.M. at all in the twenty first century – remarkable, considering how much I used to listen to it in the 1990s. I gave up my CD copy a long time ago, and never bothered to seek it out since. I‘m amazed at how much I’m enjoying it – that first side – The Power Of Equality, If You Have To Ask, Breaking The Girl, Funky Monks and Suck My Kiss – is absolutely killer. It does wane near the end, but you’d sort of expect that from an album that runs at an hour and thirteen minutes. In any other decade, that’d be classed as a double-album. In the early to mid ‘90s, when everybody was filling CDs up to breaking point, it was par for the course. In fact, I had to return my first copy on CD to Picadilly Records as my stereo refused to play it. The disc wasn’t scratched, I’m just not sure if CDs were ever designed for that much content (the same happened with Metallica’s Load later in the decade).

I could harp on and on about how the Chili Peppers were a decent band, at the cutting edge of the zeitgeist, when they released this. But I won’t. I just remember the good times that accompanied this record.

Hit: Give It Away

Hidden Gem: The Power Of Equality

Lord knows how they manage to get as much sound out of just a bass guitar and a drum kit, but all respect to them. Less is more, obviously. They also seem to be bringing cool back to podgy white males in leather jackets and baseball caps.

I don’t get to listen to much contemporary music these days, but this made such a noise in 2014 that I couldn’t resist it. It made a couple of ‘best album of the year’ lists, and that’s good enough for me. Thankfully I don’t have the time to wade through new releases looking for good material anymore; I’m happy enough to just take some recommendations at the end of the year. That means I can spend the rest of the time listening to Credence and Steely Dan.

As much as I like this album, I don’t really know what they’re going to do next. Another album of this could get very tired very soon. Either they’ll fill their sound out on album number two alongside a hotshot producer, like the Black Keys’ work with Danger Mouse, or they’ll do something else entirely. Who knows? The music press need to stop labelling them as the saviours of British rock though – nobody needs that kind of pressure.

Hit: Figure It Out

Somebody’s been listening to Kate Bush and Robert Palmer, haven’t they? Opener Here To Eternity takes more than a little of inspiration from Bush’s Running Up That Hill. Second song Another Heartache borrows the drum sound from Palmer’s Addicted To Love. The chorus of Who’s Gonna Take Me Home (The Rise And Fall Of A Budding Gigolo) even borrows from Ray Charles’ Hit The Road Jack. Is there anything original on this record at all?

I’m not surprised though. Rod Stewart: king of the cover version. The last time he had an original thought was probably sometime in the late 1970s when he decided to forfeit a promising rock career to go down the lazy entertainer route, a cabaret act for the 1980s and beyond.

I got this record in a job lot I inherited from somewhere. I would burn it record if it were not for the fact that the inner sleeve is signed by guitarist Jim Cregan. It says “Cheers Andy, Jim Cregan”, so I’ll save it from a fiery death. You’re welcome, Jim.

Hit: Every Beat Of My Heart

Hidden Gem: In My Life 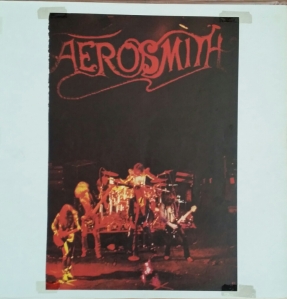 “Aw, I got some grease on my fingers tonight…”

This is a nice little Aerosmith bootleg I scored from somewhere. I think I first heard this show online on Wolfgang’s Vault. It really impressed me as I’d never heard them open with an extended intro into S.O.S. (Too Bad) from the Get Your Wings album. It’s a shame that section fell by the wayside and didn’t make it onto the studio version.

The record is listed as ‘Recorded Live In Boston 1974’ but it clearly wasn’t. For a start, two of the songs are from 1975’s Toys In The Attic. In fact, it’s a show recorded at the Shaeffer Music Festival in New York’s Central Park on August 29th, 1975.

The other interesting thing is that Joe Perry plays the main riff to Walk This Way through a talkbox – as he does on the version included on 1978’s (official) Live! Bootleg. I’ve always found it odd that he did this, despite not using it on the original studio version. He would have had a talkbox available on stage, for the intro to Sweet Emotion – but it’s just plain weird that he used it on a song that didn’t really need anything else adding to it.

The sound is pretty good for a bootleg from that period, recorded off the soundboard. It’s a little bit murky, but bootlegs should be a bit murky, shouldn’t they? The other good thing is the cover – a colour printout of a picture of Aerosmith on stage in the early ‘70s, taped onto the sleeve at the corners. On the back, is a similarly simple print-out of the set-list, written in the most basic font available.

I really miss bootlegs, and despite the vinyl revival of the last ten years or so, they’ve never really made a comeback. I guess vinyl printing presses aren’t as accessible as they used to be back in the ‘70s. Maybe that will be the next trend – the return of the bootleg vinyl record! 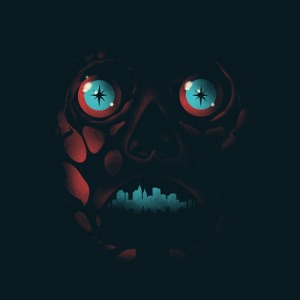 This night not be my favourite John Carpenter soundtrack, but it’s definitely one of my favourite John Carpenter films. It’s the antithesis of all those happy-go-lucky, optimistic ‘80s films – where the subtext was that in America, everything was yours for the taking. In They Live, we find that America belongs to somebody else and the sleeping majority are majorly asleep.

I probably first saw the film in 1990. I had been rapidly consuming American films around that time, and I had already started watching John Carpenter’s back catalogue – pretty much starting at the beginning with Dark Star and Assault On Precinct 13, and moving on through Halloween, The Fog and Escape From New York.

In April of1990, on the advice of a school friend, I watched the live broadcast of Wrestlmania VI. I was in the right place at the right time – my family had just got Sky TV, and the flashy, new WWF wrestling was one of its big draws. My favourite wrestler, ever since I saw him pitched against Bad News Brown at Wrestlemania was Rowdy Roddy Piper. He didn’t seem as fake as all the others and he seemed genuinely pleased to use humour to defeat his opponents.

So when the next John Carpenter film on my list came along, and I found out that Roddy Piper was the star, it just seemed like a great combination – films and WWF, it couldn’t get any better. I didn’t have any reservations that Piper couldn’t act – because, well, they’re all actors at the end of the day aren’t they? – I just accepted him as Nada, the loner hero of the film. I’d seen a film – No Holds Barred, starring Hulk Hogan – around the same time, and while that film wasn’t anything to write home about, They Live had the mark of a great director.

It’s probably one of my favourite films of the 1980s. There are many popular classics of that decade – The Blues Brothers, E.T., Beverly Hills Cop, Ghostbusters, Back To The Future – but They Live wins points because it flew under the radar. To this day, I still meet people well versed in half a dozen of the more well known Carpenter films, but who have never seen They Live.

I have to get me some more of these fantastic John Carpenter soundtrack reissues. This particular one is a lovely transparent vinyl.