I like to think that if I was in the first incarnation of Dexys – a Londoner drafted into the band due to my mean skills on the trombone or sax, and my love of Motown – and Kevin Rowland then sent the band into this direction for their second album – all fiddles, dungarees and ponytails – I’d probably want to leave the band. In fact, the second I saw somebody walk into the room with a fiddle, I’d punch Rowland in the face. Seeing Rowland dressed as a woman on a cover of a later solo album might lead me to believe I had very much made the right decision to leave.

That’s not to say that Too-Rye-Ay is a bad album. It’s not. The melodies are still there, and the homage to American music is very much still there in a cover of Van Morrison’s Jackie Wilson Said (I’m In Heaven When You Smile) – with the band’s appearance on Top Of The Pops providing one of the best television bloopers ever, as the dance in front of a video screen featuring darts player Jocky Wilson – but their image had taken a turn for the worse. On Searching For The Young Soul Rebels, they had dressed as New York dockworkers in the style of On The Waterfront. Now they just looked like idiots.

Come On Eileen, even after its over-use at every party and wedding since 1982, is still a fantastic single – a trans-Atlantic number one, in fact. There’s hurt and emotion in there, in between the lyrics, hidden in a way I just can’t comprehend. I get the same feeling I do when I hear a Michael Jackson song, where a couple of seemingly throwaway lines in the bridge sound like the most important thing in the world.

I could still do without the fucking fiddle though. 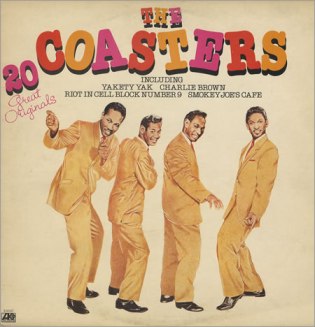 This summer, the oldest song that was constantly on my playlist was Poison Ivy by The Coasters. I knew the song already, but hearing the Rolling Stones’ (passable) version of it on their debut EP turned me back onto it. There’s something so charming about a line like You’re gonna need an ocean / of calamine lotion, that it’s hard to not smile.

Like most people my age I probably heard The Coasters for the first time on the soundtrack to the classic Stand By Me. The use of Yakety Yak in that film probably goes to show how the group is more remembered for their Leiber & Stoller penned pop songs rather than their more traditional Blues-based output. Charlie Brown is a great example of a song that – obviously due to its subject matter – feels like it was written for children and young teens, but it’s just so catchy that it’s still a great pop song (only the sound of the production has dated).

When I started listening to music in my early teens, The Coasters were again introduced to me by way of The Beatles. Their version of Searchin’ can be heard on their Decca audition tape, available on Anthology 1. I then heard The Blues Brothers’ version of Riot In Cell Block Number 9. It seems that the group has influenced a lot of work, and probably still do to this day.

One of the things I like most about this record is that it’s not a rushed-release hotchpotch of singles, crammed onto a minor label when the publishing for the songs came up at a reduced rate. It’s a full-on Atlantic Records release, on a nice hefty slab of vinyl (probably close to what we’d refer to as heavyweight vinyl in this age of vinyl revival). It comes with a nice set of liner notes, and the disc comes with the classic orange and green Atlantic Records label. Atlantic Records may not be my favourite record label – that has to be Stax, just for its sheer David & Golliath-ness – but Atlantic Records is probably the most consistent in terms of sheer quality of output. It’s also probably the most prominent label in my collection thanks to the mighty ‘DC, Zeppelin, and the occasional gem like this.

I’ll always prefer The Unforgettable Fire (and War, for that matter), but this is the album that turned U2 into a household name, with the band’s obsession with America finally paying off. I wouldn’t say that U2 broke America with talent and hard work – it feels more like they got lucky with their sycophantic pandering to the country. Whenever I see Bono or The Edge in a cowboy hat, a little part of me wants to vomit.

I don’t enjoy U2 after this album. Right from the self-indulgence of Rattle And Hum, they’ve gone from bad to worse, and only now over their last couple of albums have they seemed to realise what a group or earnest cunts they turned into in the 1990s.

The Joshua Tree is very much their high-water mark. Where The Streets Have No Name specifically is a flash of brilliance they’ve never been able to replicate – and only a few of their singles since have come anywhere close. I’ve seen U2 twice now – once in Manchester and once in Auckland. They’re a great band live, but I have to admit I always switch off whenever they play anything post-Achtung Baby.

One Tree Hill will always mean something special to New Zealanders – it’s a tribute to Bono’s PA, a New Zealander, who died in a motorcycle accident in Dublin. When I last saw the band play in Auckland, they played One Tree Hill, dedicating it not only to Greg Carroll and his family, but also to the victims of the recent Pike River mining accident. Earlier in the night, support act Jay Z had also dedicated a song to the Pike River miners but – in an act typical of the infantile and limited world view of rap – diluted the gesture by also dedicating the song to “Biggie and Tupac”.

Hit: Where The Streets Have No Name 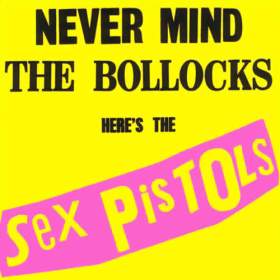 I’m not the biggest fan of punk. I can usually take it or leave it, although I’m glad that it came along when it did and wiped the charts from the excesses of Emerson, Lake & Palmer (and similar dullards). This is a great rock ‘n roll record though – mainly due to Steve Jones’ contributions.

Essentially, all you need to know about The Sex Pistols is contained on these two sides and the documentary by Julien Temple, The Filth And The Fury. I don’t really care about reunion tours and the fact that John Lydon now advertises butter (even if he still thinks he’s being subversive by advertising “Cunt-try Life” butter). It’s all bollocks, and they told us not to mind it, didn’t they? Anyway, Martin Freeman can do Johnny Rotten better than John Lydon can these days.

I have a pink vinyl version of this record – the same, disgusting shade of pink used on the cover. It looks like luminous vomit.

Hit: Anarchy In The UK

Hidden Gem: Holiday In The Sun 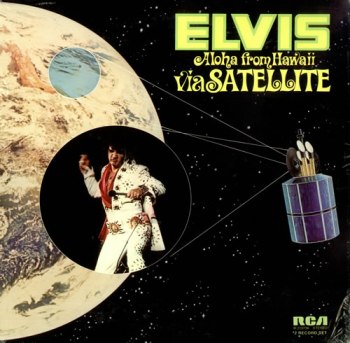 I was on a plane once, on a long-haul flight, and I was flicking through the TV stations on my screen. I ended up watching a TV special on that tour from a few years ago when Elvis’ band played against a giant TV screen of Elvis singing.

Aside from being impressed with the sheer logistics of putting that sort of thing together, I was most interested in the interviews with the fans at the shows. Interspersed with tracks from the show were vox pops with audience members gushing about the genius of good ol’ Elvis.

And this is the thing about Elvis fans. They’re batshit crazy. They’re not even fans of music – they’re just fans of Elvis exclusively, as though there’s music…and then there’s Elvis…and the two should never meet.