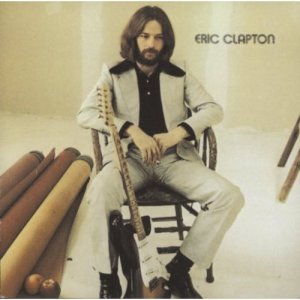 Calling this album Eric Clapton’s debut is a bit of a misnomer. This is man who has been through The Yardbirds, John Mayall’s Bluesbreakers, Cream, Blind Faith, and Delaney And Bonnie And Friends before getting around to releasing a solo album. Not surprisingly, given that pedigree, it’s a pretty robust offering – miles away from the highs he would hit on later solo albums, but still a decent rock and roll record.

The band that backs Clapton on this album is essentially Delaney And Bonnie And Friends, key members of which he would also recruit to form Derek & The Dominos. That record – Layla And Other Assorted Love Songs – is really where Clapton’s solo career really gets going, despite the anonymity of the ‘group’ name. Layla remains one of the finest rock songs committed to vinyl – and there’s not really anything as cutting as that on Eric Clapton, even though it was only recorded six months prior to the Dominos record.

I’ve only seen Clapton play live once, and he remains one of my biggest disappointments. It might have been that we had bad seats, up in the rafters; or that he hardly played any of his hits, save for Layla and Cocaine, leaning on a set-list geared more towards his own enjoyment rather than the paying audience; but he just didn’t cut it. Since I saw him that time, I have read his autobiography, and I guess I’m just happy I got to see him at all, given how he squandered most of his life (and talent) to drugs and alcohol.