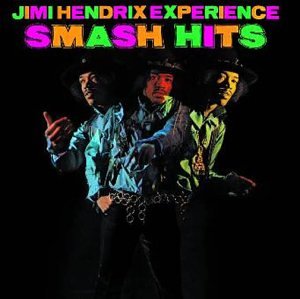 I remember buying my first Hendrix record – the mid-90s compilation entitled The Ultimate Experience – which I played to death on a winter holiday in Scotland. There have been many Hendrix compilations, but this one – 1968’s Smash Hits – was the first.

This is the kind of behaviour that exists nowadays – bands releasing greatest hits when they’ve only had a couple of albums out – and given the fact that this album collects Hendrix’s first four singles – including the b-sides – and a raft of album tracks, you do get the idea that the record company was scraping the barrel slightly while waiting for the band to finish Electric Ladyland.